This trip is fully customizible

Why Book with Us

This error message is only visible to WordPress admins 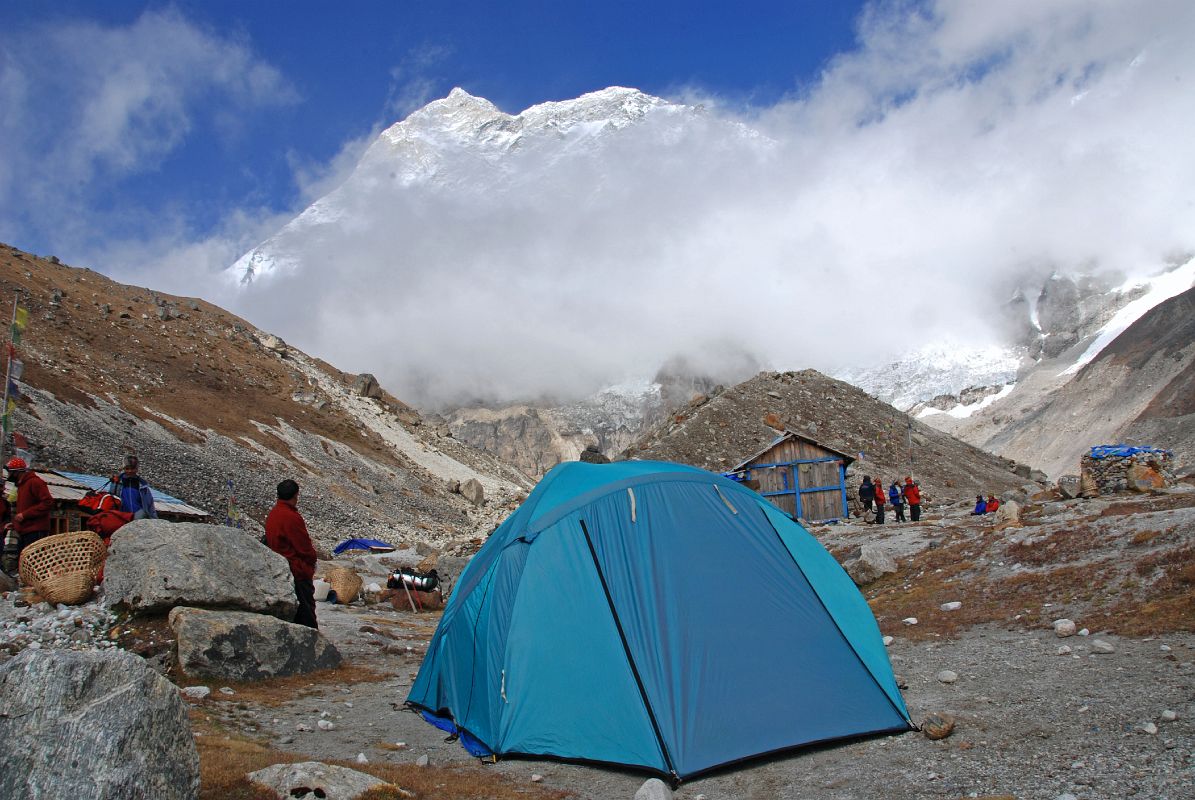 The Makalu Base Camp Trek is a trekking adventure going to Mount Makalu of 8463 meters residing in the Makalu Barun National Park. The Mount Makalu is the 5th highest mountain of the world and the Makalu Barun National Park is the region of outstanding nature exquisiteness that has been recognized globally. The Makalu Base Camp resides inside the Makalu Barun National Park in the elevation of 5250 meters dominated by beautiful nature. The Mountains seen during the trekking adventure are Everest, Lhotse, Makalu, Chamlang, Baruntse e.t.c. The trekking trail to Makalu Base Camp is inhabited by diverse ethnic races of Nepali tribes mainly brahmins, chhetris, damai, dalits in the lowlands and in the highlands the region is inhabited by ethnic Bhotia races of Gurung, Sherpa, Rai, Limbu, Magar, Tamang e.t.c. The traditional villages of Makalu region are remote and untouched from modern day civilization following the traditional lifestyle of mountain culture. The civilization living at Makalu region relies on farming and animal rearing for their livelihood.

Autumn (15th August to November end): You can view green forest as well as the best Himalayan View

where is mount makalu located?

Mount Makalu is located in the Himalayas, 22 km (14 mi) east of Mount Everest, on the border between Nepal and China. Is the fifth highest mountain in the world. One of the eight-thousanders, Makalu is an isolated peak whose shape is a four-sided pyramid.

How difficult is Makalu Base Camp Trek?

This is a challenging and adventures treks in Nepal ,  It is a best suited to experienced mountain trekkers. Comfort levels are more basic than on some popular Nepal treks, as the lodges in this area are of a lower standard than some other places. However, as a couple of rest/acclimatization days are built into the itinerary, this trek is not extremely challenging.

The alternative route from Makalu Base Camp on wards to Everest and Lukla requires mountaineering experience, so could be categorized as very challenging Nepal Guide info organized this trek ,Spring (March first to end a May) Autumn (15th August to November end)

What is the maximum altitude that we can reach in Makalu Base Camp Trek?

About Tea house in Makalu Base Camp Trail It open when :

Yes they have tea house during a Makalu base camp trek but the lodge can’t open winter, it open early March and still end November.

You can found tea house during a Makalu base camp but it is typical nepali guest house but if you are interested camping trail I well manage camping trek and during a trek We can fine a best food as well as lodging too.

Makalu Base Camp Trek – Spring and Autumn 2018 Gear List :
Jeans or slacks
Towel and toilet kit
Underwear
Gloves or mittens
Sleeping bag, warm to 20 degrees F, either down or fibrefill (or you can rent one in Kathmandu)
Parka, down or fibre fill; a ski jacket is ok
Sweater, wool shirt or acrylic pile jacket
Duffel bag, canvas or nylon, without a frame (for porters to carry)
Daypack or rucksack, waterproof, for you to carry
Water bottle 1 liter or 1 quart; be sure that it does not leak
Flashlight
Walking Boot

We INSIST that an appropriate insurance policy is taken out which covers travel in isolated and mountainous areas, and which also includes helicopter rescue. We recommend that you consult a reputable travel agent or insurance specialist. Health Issues We recommend that all clients consult their doctor to discuss the health issues associated with their trek. We also recommend that clients bring their own personal first aid kit to supplement the comprehensive first aid kit carried by the Trek Leader Vaccinations Required Please ensure that you allow at least 1 month to complete a course of vaccinations. Whilst your personal doctor will be the final authority, We recommend the following Poliomyelitis Tetanus Typhoid Rabies Meningococcal Immunoglobulin (for Hepatitis A) – See more at: http://www.nepalguideinfo.com/trek/mardi-himal-trek/#sthash.P13TGG0W.dpuf

This exceptional Nepalese trekking holiday takes us on a Trekking to the base camp for Makalu (8481m), the world’s fifth highest summit. Makalu base camp is situated at Sherson (4700m), a lovely high grazing area close to the tip of the Barun Glacier, which is surrounded by an awe-inspiring array of Himalayan peaks. The return trek into this remote alpine world is one of the finest in Nepal and is accessed by way of a short flight to the airstrip at Tumlingtar above the Arun River. From here, our trekking route takes us through pretty terraced farmland and a number of delightful villages, before climbing to cross the Shipton La (4229m). At the high points of this classic trekking holiday, the views extend from Makalu to distant Kangchenjunga. We have a full day to explore above Sherson, gaining surprising views of the Kangshung (east) Face of Everest as well as close-up perspectives of the impressive Chamlang and of Makalu’s towering South Face. It is important to note that this is a holiday for the connoisseur of Himalayan trekking and those with an adventurous spirit. Tea houses are not as common place in this region and the lodge accommodation we will be using is of a more basic standard than that found in the popular trekking areas, such as the Khumbu. This is one of the only disadvantages of trekking in such a pristine, remote and little visited area. If you are not open to ‘roughing it’ in this way, we would suggest that this may not be the holiday for you. Nepal guide info organized focused this trek because thus trekking aera less busy and naturally beautiful .